Image Objects are a series of works which exist somewhere between physical sculptures and altered documentation images. Each piece begins its life as a digital file, of which countless variations exist. These are then rendered as UV prints on sintra and precision-cut to the form of the piece to create photographic prints with the depth and presence of a sculpture.

Each time the pieces are documented officially (i.e., by the artist or by a gallery), the documentation photos are altered to create a new form which does not accurately represent the physical object, and generate new derivative works that build upon the initial objects. The viewer's experience becomes split between the physical encounter in a gallery setting and the countless variations of the objects circulated in prints, publications, and on the Internet. The documentation becomes a separate work in itself, incorporating elements of collage, techniques commonly used in professional image retouching, aestheticized digital watermarks, and more. 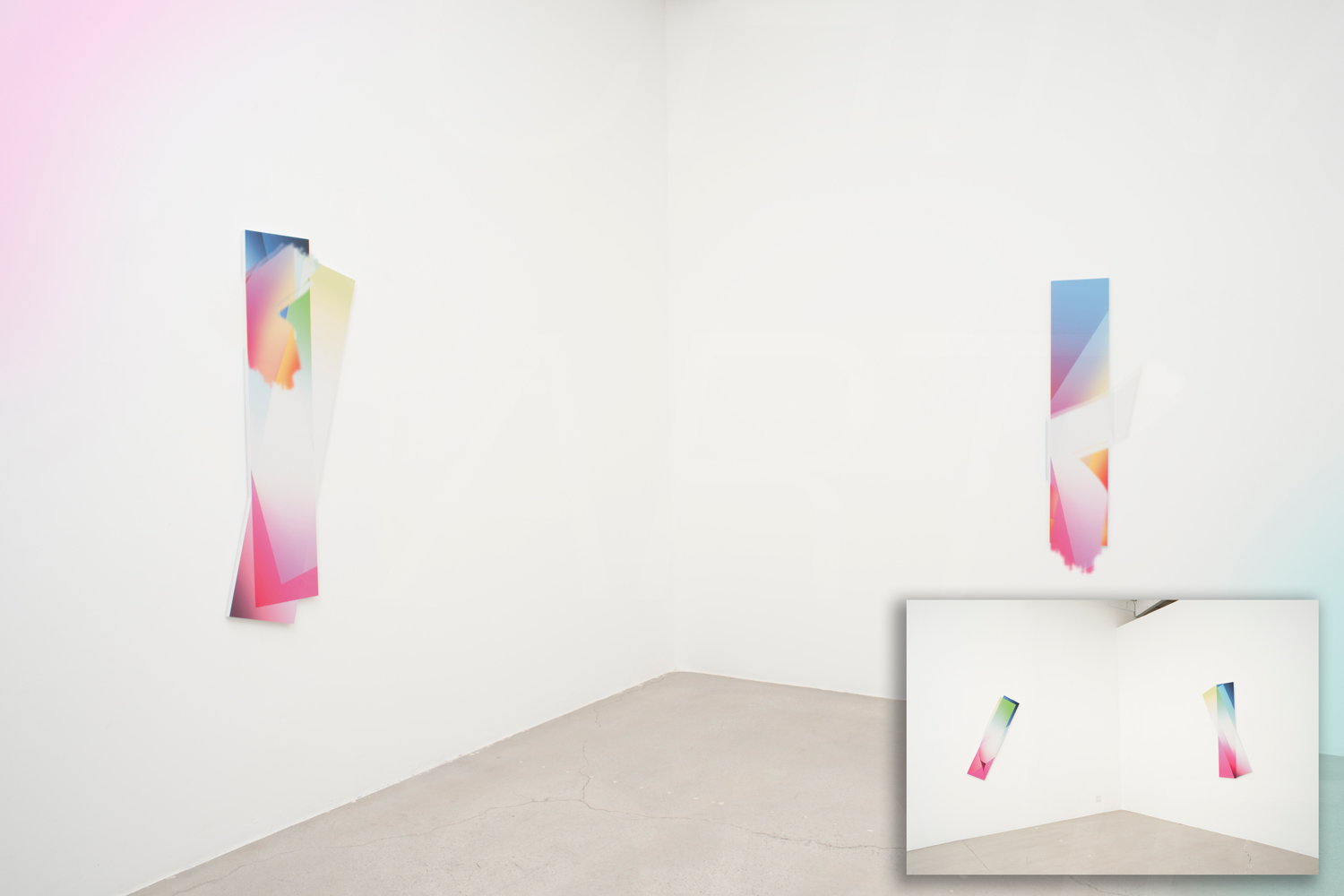